AJANTA is world's greatest historical monument recognised by UNESCO far near from Jalgaon city of Maharashtra,Ajanta Cave Temple can be reached easily from anywhere in Maharashtra by means of regular tourist buses or by hiring taxis. The nearest airport is located at Aurangabad that lies at a distance of 99 kms from the temples. The charisma, of these caves, attracts millions of visitors each and every year.

In the early 19th century, the long buried Ajanta Caves were discovered unknowingly by a British Army Officer. At this juncture, the beautiful sculpted caves that were lying deep within the Sahyadri Hills, above the Waghora River, came into the sight. The cave temples are sited in a horse-shoe shaped cliff, where Wagura is flowing at the bottom. Wagura River falls from a height of 200 feet, consequently making a series of waterfalls. The thud of these waterfalls can be easily noticed in the Caves.

Situated far away from inhabitation, amidst isolated surroundings, these caves were built in the middle of a huge rock. The main aim behind the construction of the Ajanta Caves was to provide a dwelling and praying place for the Buddhist monks, who were dedicated towards the mission of spreading the principles of Buddhism throughout the world. All of them have been carved with precision and adorned with exquisite architectural details. The sculptures seen here seem to be the result of superb craftsmanship.

The caves, including unfinished are thirty in number of which five (9, 10, 19, 26 and 29) are "Chaitya-Grihas" and the rest are "Sangharamas" or Viharas (monasteries). The caves 1, 2, 16 and 17 can be ranked high among the greatest artistic works of the contemporary world.The 30 Chaityas and Viharas have paintings, which illustrate the life and incarnations of Buddha. The artist has lent his creativity in each work with an overwhelming sense of vitality. These paintings have survived time and till date the numerous paintings glowing on the walls make the atmosphere very vibrant and alive.

Interesting things to do:

Explore the Beauty of Ajanta Caves.

Biwi-Ka-Maqbara:
The tomb is a replica of the Taj Mahal, and the most beautiful structure in Aurangabad. It was built in 1678 by Aurangzeb’s son, Prince Azam Shahas.

Lonar:
This place has a mouth of volcano which ranks amongst the world’s largest five.The Lonar crater is the world's only salt water lake in basaltic rock, believed to have been caused by a meteorite hitting Earth around 50,000 years ago. It is surrounded by jungle with a large variety of birds, particularly peacocks, owls, red-wattled Lapwings and ducks. Thirteen temples surround the lake.

Panchakki:
The Panchakki or the watermills was built in 1624 AD as a memorial to Muslim Saint Baba Shah Muzaffar.This monument located in Aurangabad, Maharastra, displays the scientific thought process put in medieval Indian architecture. It was designed to generate energy via water brought down form a spring on a mountain

Nearest Railway Station: Jalgaon at a distance of around 60 km Nearest Airport: Aurangabad domestic airport lies closest to the Ajanta caves and approximately 100 km away.
Road Transport: Ajanta Caves have an excellent network of roads that connect them with most of the key cities in India.Regular as well as direct buses and taxis are available between Aurangabad and Ajanta Caves.

The Maharashtra Tourism Corporation Holiday resort near Aurangabad railway station, The Ajanta travellers lodge at the caves and the M.T.D.C. Holiday resort at Fardpur (4 Km from Ajanta) provide clean and comfortable accommodation.

Flash photography is not allowed inside the caves.You must remove your shoes before entering some of the caves, so be sure to wear cheap, slip-on shoes. 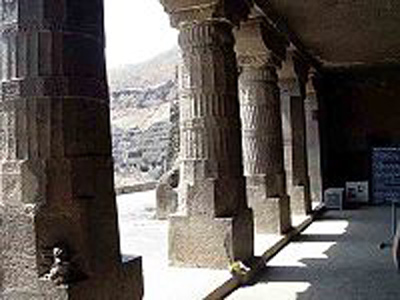 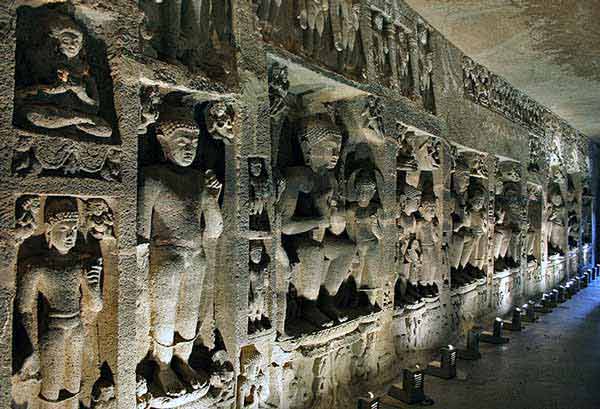 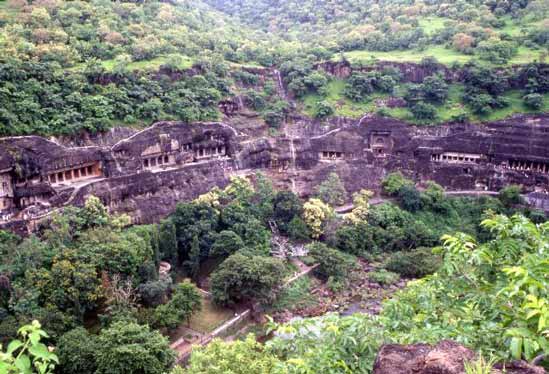 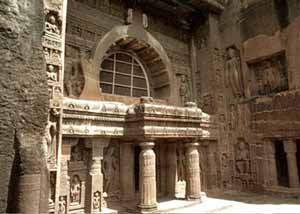 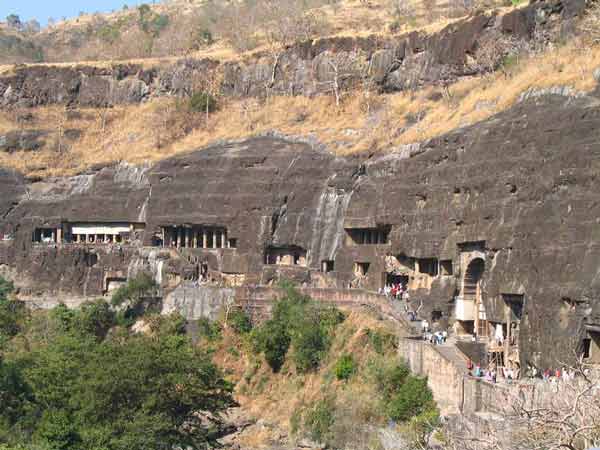 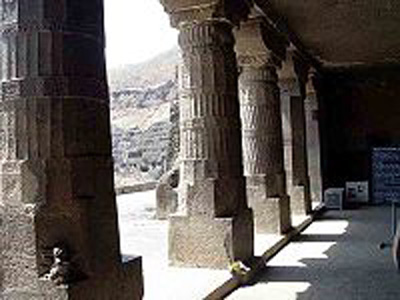 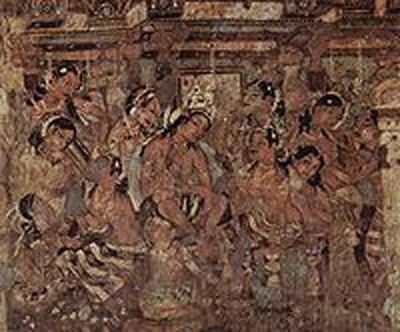 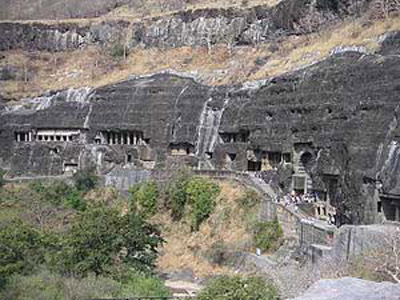 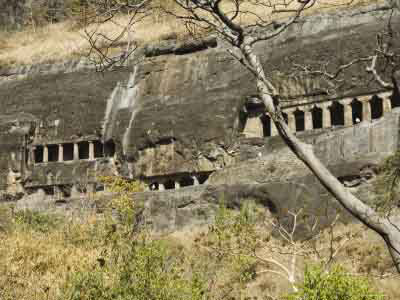 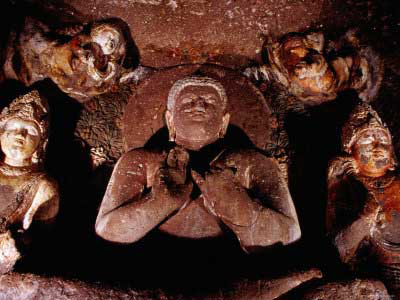 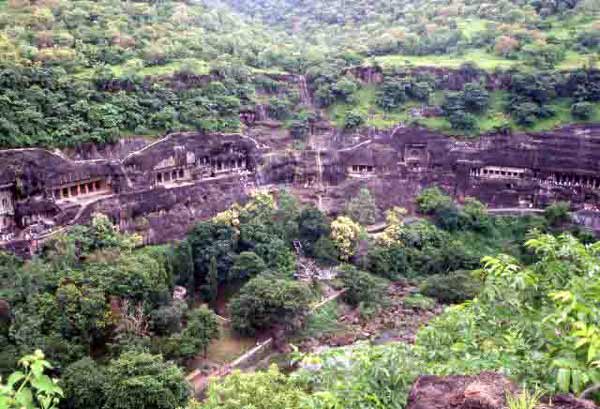 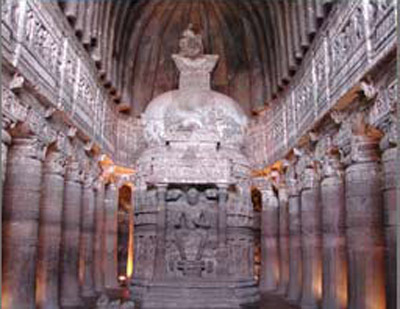 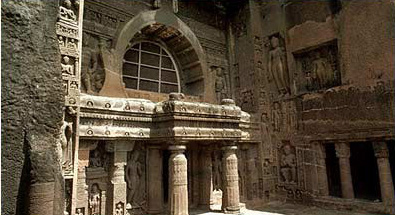 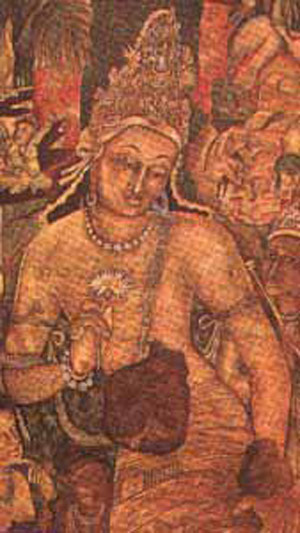 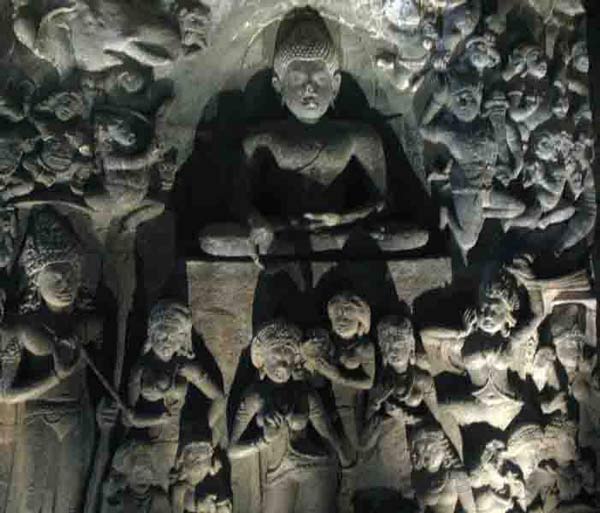